Mallard Creek Presbyterian Church’s annual barbecue reaches a milestone this year. It has been 80 years since the first barbecue was held and is it not odd how the old saying that history has a way of repeating itself has once again proved true. When you read the local, national and world headlines of 2009 you might think you are back in 1929. Wall Street and the banking industry have been faced with dark and dismal outlooks, unemployment is at an all time high, people are losing their homes, businesses, retirement funds and there is war being fought somewhere in the world.

The church leaders of 1929 faced similar difficulties that many of us have in 2009. They had built a building to house the Sunday School rooms here at the church in the good times and were unsure how they were going to be able to pay off the debit. They needed to raise the funds and what better way to reach people than thru food. In late 1928 or early 1929, Pastor Dr. W.H. Frazer and his brother, Ben Frazer held a mens meeting that included a barbecued pig. Everyone enjoyed the food and good fellowship, thus the ideal of having a fall barbecue for the entire church and surrounding community was agreed upon and hopefully the church debit would be retired.

That first year the proceeds after expenses were $89.50 which was enough to pay off the debt with a small amount left over. The Annual Mallard Creek Barbecue had been born.

Our forebears were a resourcefully group of men and women. They could fix anything, make anything, and grow almost everything their families needed. There was no Harris Teeter, Food Lion or Wal-Mart where you could buy whatever, in season or not. They realized that to make the Barbecue an annual success for the church they would have to do a lot of preliminary work. Their summer gardens had to produce extra vegetables to be canned for the Brunswick stew. They pledged to raise a pig or two to donate for the meat along with a few chickens which meant extra work providing food and care for the animals. They spent time cutting extra wood for the fires that would be used to cook the meat. They baked pies and cakes, even when sugar was considered a luxury. They gave of their time and talent even as their monies were limited.

As you have been reading along, are you thinking what does this have to do with me? I can’t have a pig or two in the backyard and I can’t even get one tomato to grow on my patio plant much less enough to make 2000 gallons of Brunswick stew. It is all relative if you stop and think about it. We are living in 2009, not 1929. The world has changed but our needs are the same. The 80th Annual Mallard Creek Barbecue is now only 9 months away. Ask yourself what you can do to help out over the next months. Take the day off from work, or several if you are able. Plan to be there on the work days to help clean up the community house and equipment, cut wood for the fires, cook the meat, stir stew or bring a meal.

If it had not been for the dedication and determination of church members for the past 80 years, we would not be getting ready to celebrate this exciting event in the life of Mallard Creek Presbyterian Church. If you have been involved already, we are looking forward to seeing you again. If you have not volunteered yet, this year would be a great time to become a part of something where both the body and soul will be richly blessed. 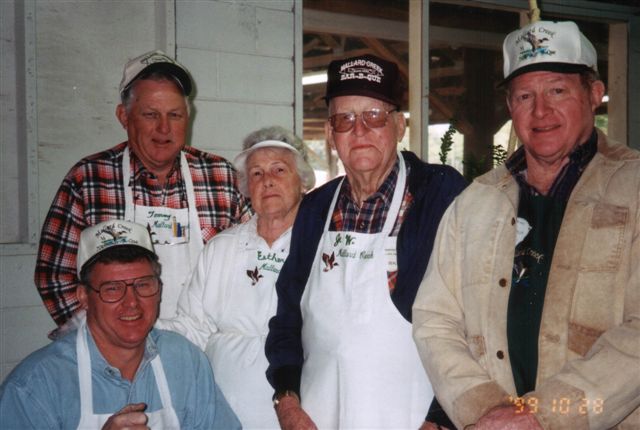